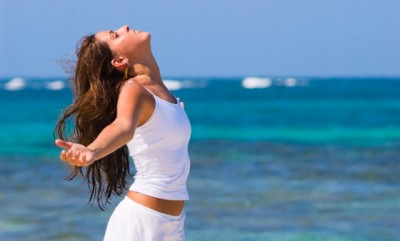 While anger is a normal emotion, it must be managed carefully so it doesn’t turn into a destructive outburst or a negative pattern in our work and life. Often when we’re angry, it’s because things didn’t go the way we expected, causing us inconvenience.

At other times, anger is more about a build-up of frustrations and tension. Short fuse or long fuse – anger can be managed.

The Good News About Anger

Anger is a naturally occurring emotion. It  is a signal that something frustrating, threatening, or ‘unfair’ is happening and  also gives us energy to address issues and disappointments. Expressing anger constructively can be an important part of resolving conflict.

Feeling angry can help us feel more in control and in charge of a situation.

The Not So Good News About Anger

We are more likely to act on impulse when angry as it is harder to think clearly, which can have devastating results in your life. It can feel better to be angry than anxious or hurt, and so anger can hide our real feelings which is a protective mechanism that many people adopt to cope with fear or pain.

When it builds up and gets out of control, or we take our anger out on others around us, or it turns into aggression or violence, then this is can also lead you on a destructive path that can be very challenging to turn back from if left unattended.

• Muscle tension- Are you clenching your jaw or squeezing your hand into a fist?
• Adrenaline- Do you feel on edge or more full of energy?
• Frustration- Are you starting to feel irritated or annoyed?
• Angry thoughts- Are angry or hostile thoughts dominating your focus? Are you plotting a negative response?
• Bottling up- Have you been frustrated for some time but you are trying to keep a lid on it?

1. Talking differently- Are you starting to be short with others, swearing more, aggressive tones?
2. Behaving differently- Are you slamming things down, rushing, emphasizing with hand gestures, ignoring others?
3. Not listening- Are you thinking about what’s making you angry and not paying attention to things around you?
4. Less tolerant- Are you over-reacting to small things? Blaming someone else?
5. Wound up- Are you so tense you’re more often reaching for a smoke? A beer? More often hitting the gym?

5 Ways to Prevent Anger Build Up

1. Learn to notice your own early signs of anger.
2. Stop what you’re doing and take a moment to think.
3. Try and put your finger on why you are angry – is it a big or small thing?
4. If it is a problem you can do something constructive about – take action or talk about it.
5. If you can’t change it – try to cool down with some exercise, or TV, or other activity. Don’t dwell on it.

5 Ways to Reduce Anger Blow Up

1. Breathe: If you find yourself feeling quite angry, start with a few deep breaths.
2. Time out: Move yourself away from whatever is making you angry until you have calmed yourself down.
3. Use a strategy that works for you, i.e.count backwards from 10, tell yourself to ‘cool it down’, do another task.
4. Ask for space: Say you’ll talk about it when you’ve gathered your thoughts (those around you usually won’t mind).
5. Say it – Don’t Act it: When you’re angry it’s harder to think and act straight, so say you’re angry rather than act it out.

If anger has made a mess of things in your life, you’re not alone. Help is close by! Anger can come from many sources – from stress, from pain, from disappointments, from hurt, from alcohol, from unhappiness and from patterns of coping over time.

Aggression and violence are never helpful outlets. Talk to someone who won’t judge you, but will help you, challenge you, and support you to take charge of your anger.