The Power Of Decisions 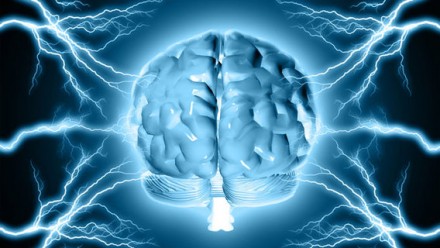 Be honest with yourself.  What isn’t working?  List them down.  No one has to see what you’re listing, but you must list them down immediately. These are real easy to fix because all you need to do is use the power of decision making to move in a new direction.

You see, it doesn’t matter so much whether you make the ‘right’ decision all the time. It just matters that you make a decision to do something. In time, if you don’t get it right at first, and you don’t give up on your goal, then you will succeed. Until then, you will have valuable learning experiences that will turn you into a leader.

And that’s the real power behind making decisions all the time – it’s the leader you evolve into. Leaders are those people willing to make fast decisions, take risks and then adjust where they are headed by making more decisions if required.

Do they make mistakes – of course! Who doesn’t. But, they are driven by the desire to be the best they can be so failure is not an option.

The Power Of People In Your Life.

Now let’s talk about who isn’t working.  This is a touchy subject as it involves looking at the people that you associate with most of the time. They have tremendous influence over the decisions you make and actions you take on a daily basis, whether you are aware of it or not.

There are 5 different types of people you have in your life:

The unfortunate part about all five of these types of people is that many times you can’t identify them immediately.  That’s why it’s important that for 72 hours to 7 days, begin to write down your conversation.

The late, great Jim Rohn said that we’re the average of the 5 people we talk to the most.  You’re going to be able to narrow down, from your work, community, personal life, who isn’t working.

After having a conversation with someone, make four columns on a piece of paper or on an Excel sheet with the following:

You want to begin to see who you’re talking to; how much time you’ve given them, which is the most important thing in the world that you have; and how you felt about the conversation. You will begin to immediately identify the wrong people in your life.

Once you’ve identified them, this is how you’re going to either change them or they will move on, keeping in mind that you can’t actually change a person, but you can change yourself and therefore have an influence on them, possibly changing them indirectly.

They’re either going to change like you’re changing, or they’re going to go away.  Those are the choices.  But you’re not going to be directly confrontational with them. You’re going to become busy.  That’s all it is, busy.  They can’t talk to you if they can’t reach you.  They can’t email you if you keep taking your time to email them back.

Don’t dedicate your time to people who unfortunately don’t matter.  If you have identified them as one of those people who are not helping you get where you need to go, who are not thinking in the right place, who doesn’t sound like the type of person you want to be around, why have them around?  Why allow them to come into your life?

What I mean by benefit is people who are going to build you up and speak great things into your life.  They don’t fit into any of these five types of people.  They’re not draining you, they’re not manipulating your time, they’re not doing the same foolish things over and over again.  They care about something.  Every time you talk to them they don’t tell you there’s nothing going on.  And they most certainly aren’t negative.

Become More Productive and Effective In Your Life.

The first time I applied this in my life was years ago when I discovered there was a friend who unfortunately continued to talk about themselves all the time.  That’s the only conversation that they have that’s worth anything, just talking about themselves.

It’s not that you don’t want to listen to a friend.  Keep in mind, we have those moments when we want to share those frustrations with our friends and vent, and yes, we listen to our friends’ lives, absolutely.

But this isn’t what I’m talking about.  I’m talking about someone who is constantly and consistently having a “me fest,” and that’s not the type of person that you want to dedicate your time, as you move forward in your goals.

You have to clean your glass.  That’s what this decision making process is about.  You’ve got to get out of your life what isn’t supporting you to become more of who you are, whether it be strategies or people. Begin to identify the people who aren’t on your team.

They’re not necessarily hating on you, but they’re not on your team.  They have a different agenda than yours, and you need to find like minds. Just on the internet alone, there are 3 billion people.  I guarantee you there is somebody who will bring great things into your life, just as much as you will into theirs.