The Power of Courage 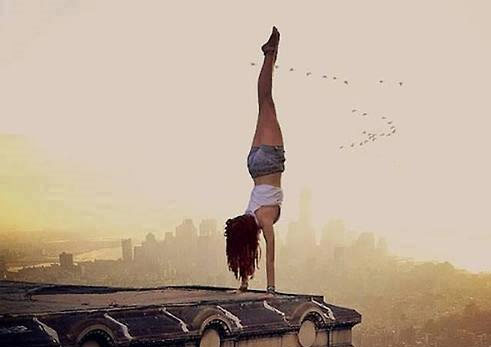 There is one quality that you can grow that will give you all the confidence, strength and energy you need to overcome any fear and obstacle, and that quality is COURAGE.

Just about everything you do that involves growth requires courage. We are all born with it in unlimited quantities but for a variety of reasons many tend to shut the door on it and end up letting their fears control their lives.

The choice to be courageous is to choose to face your fears and break free from the shackles they create that hold you back in work or life.

Have The Courage To Ask For What You Want

There is nothing that you can’t be, do or have if you have the courage to go for it. One of the easiest ways to do this is once you figure out what you want just start asking for it. In fact just by asking for what you want you will automatically engage the power of courage within you.

Unless you ask, how will you ever get it?  Asking is the first step in opening the doors to receive and through receiving love and abundance can flow into your life.

Here’s an example of asking in action.  Jane was frustrated because her job was only part time and she needed the extra income that full time work would bring.   Jane was already working extra hours each day and not getting paid for it so she figured that the ‘right’ thing for her boss to do was make her full time and pay her the appropriate salary.

Many frustrating weeks went by and nothing changed.  Long hours were worked, low pay was received, and Jane’s frustration began to turn into anger and resentment. Then one day she called me and told me she was at her wits end, and that she was going to quit her job and tell her boss exactly what she thought of him and his business.

I responded with, “Have you asked for what you want yet?”  To which Jane sheepishly replied, “No, I haven’t”.

From there we figured out that she was afraid of losing her temper and saying all the wrong things because of her mounting frustration and anger.  The solution we ended up coming to was to write down exactly what Jane wanted to say and how she wanted to say it in a letter to her boss.

Then all she had to do was give it to him and wait for a reply.  A week after Jane handed him the letter, she was given a $20,000 pay rise and her position was made full time.

If you allow ‘no’ to be the reason that your life stays limited then you’ll never be happy or fulfilled.  Learn to handle the ‘no’s’ in life by turning them into a ‘yes’ for you.  A great way to do this is to find other means to have your needs or desires met.

What You Focus On Is What You Get!

There are so many ways that courage can improve the quality of your life.  How often do you come across people who have a tragic tale to tell of their past or present life?  Have you noticed how some of them never get tired of telling the same old story over and over again?

Do you think that helps them to move forward in their life?  Probably not!  I have discovered that it takes tremendous courage to take responsibility for our thoughts, feelings or experiences and let go of blame, excuses or trying to pass the buck.  As long as we get stuck in the ‘story’ of our life we continue to miss the living of it.

Each day is either a brand new day with unlimited opportunities, or it is a ride on the same old merry-go-round that you’ve always been on.  The courage to let go of what’s ‘wrong’ with your life and focus on what’s ‘right’ with it is a choice you can make at any moment.

What does it matter what happened yesterday, last year or ten years ago? It’s what you say, think or do now that counts.

Courage can work miracles in so many different ways.  A friend of mine’s daughter, Sally, was having her 4th year birthday party on a Saturday afternoon at her home. I walked in to the lounge room to find a bunch of kids gathered ina corner and some of the parents looking on intently.

I soon discovered that Sally was playing with her presents and was getting upset anytime one of the other kids try to play with them too. Her parents felt awkward and embarrassed because the other parents and their children were all glaring at Sally who was getting more and more upset.

The situation became even more charged because the parents tried to reason their daughter into sharing, without any success, while everyone around them watched on with impatient expectations.

Can you imagine how much courage it took for a tiny four year old girl to stand her ground in front of a crowd of judgmental giants trying to first of all reason, then bribe, then force her to play by their rules?  The end result was that her toys were taken away from her with force and a tantrum soon followed.

It Takes Courage To Say No

Believe it or not, it is okay to not share things if you don’t want to. That is some stupid rule made up to keep the peace between people. Yes, you certainly can share anything, anytime as long as you want to do it. Otherwise, don’t. It takes just as much courage to say ‘no’ as it takes fear to say ‘yes’, when you mean ‘no’.

Where in your life are you allowing yourself to be reasoned, bribed or manipulated into doing things that you know you don’t really want to?  How far are you willing to go before you give in and comply with the expectations of others?

If you were to ask me what is the most important thing you could do with the rest of your life, my answer would be to become more courageous. Just like the muscles of your body, the more you work it, the stronger it gets.

The greatest courage of all is to simply be yourself and say ‘yes’ to whatever you want to be, do or have with your life. Once you have attained this level of courage, everything else will be a piece of cake.